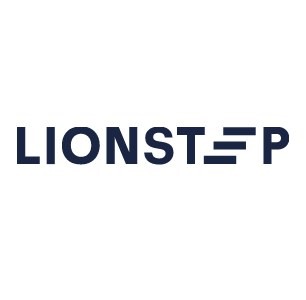 Perry Timms is a global & TEDx speaker and consultant on the future of work, HR & learning which was recognised by his inclusion on HR’s Most Influential Thinkers List for 2017. As our industry is moving so fast (like many other industries too), it is a great opportunity to talk with Perry about the future of work, organisations and the HR profession in general. Are you ready to zoom into the future..?

Alexander Mazzara (Co-Founder Lionstep): You talk on so many occasions about the future – what does the future mean to you?

Perry Timms: I have gone on record many times saying how obsessed I am with the future. My future, sure. It’s my assertion tough that we should all be a bit more obsessed about the future.  Not at the sacrifice of now, for the

betterment of now. Design and learn our way into the future. Be visionary, exploratory, tuned in.

Last October you published the book “Transformational HR”. In the first chapter, you talk about Hope and hype of our ever-changing world: what is hype and what is hope when it comes to HR in general?

In general terms, the hype is around robots taking over our jobs and nullifying us as productive members of a workforce and thereby society. Dystopian views have us living in a Mad Max type of tribal war zone. Beyond the hype is a lot less catastrophic a vision of machines taking away work no-one really loves to do; and giving us a chance to put our minds, hands and hearts to work that really is of value to other people, society and the planet.  We have SO much work to do to bring more equilibrium to the way we consume planetary assets, treat wildlife and fauna, our oceans and rivers.

Therein lies the hope. That we move further away from capitalism and its consumption and power mentality, into more harmonious ways.  We’ve been here before, we’ll be here again. Human evolution is cyclical. Depending on need. We needed to industrialise to harness the power of the planet’s assets. Now we need to galvanise ourselves to repairing the damage done through asset stripping and become a more regenerative culture.

HR’s role in this is what I’ve described as being stewards of a just organisation. By this I mean we don’t hold the power per se but we direct the energy towards just, fair and balanced outcomes for the people who work in our organisations and the people who rely on the work our organisation is there to do.  It’s a far leap from where we are but yet even articulating it feels like a massive step towards our first leap. It’s no easy feat and certainly most professionals will shake their heads at this audacious claim.  Yet we know how much we’ve tried to act like machines in how we deploy people and that’s gotten us this far but is already stuttering.  What will get us further and to where we all need to be, is the way we sanctify our work, our ways of being with each other and approach towards this planet of ours.

What is hype and what is hope when it comes to recruiting?

The hype is that our machine overlords will allocate us to our work.  We will see some algorithmic calculations in how we can identify the best way to tackle a problem or create a service or product and the people needed to create that. So I think we’ll see technology create a lot of Work as a Service models: Platforms are already becoming a useful way of identifying need; product/service; product/service provider.

So recruiting will be subject to as much science and digital support as we can engineer towards it, because it’s far too biased, unfair, and hopeful as it stands. We’ve introduced validated psychometric tests, when the human spirit belies any attempts to measure it with certainty.

And the science is where the hope lies.  Science-based digital products and services will help us find the right balance between work to be done, machines to do what they can and the right people to learn their way into the rest.  Recruiting is, largely, the most important thing anyone can do. It’s the start of either magic, mediocrity or managed hell.  We have to get this to a better state and using the machines will see us do so.

Is there an international company you would describe as a role model in talent attraction and acquisition?

The anti-cliche in me says to avoid mentioning any one of the GAFA (Google; Apple; Facebook; Amazon) quartet.  So instead I’ll choose one each from our inhabited continents. In North America, many of us know the Patagonia story which is one I still admire. But I’d say Barry-Wehmiller are the most unknown success story on that continent.  An engineering company, built on family values and successful, comforting and inspiring ways to work together.  In South America it’s a little easier; Semco.  Ricardo Semler’s visionary removal of management layers and the construct of enterprise spirit in his teams of people.  In Europe, it’s Buurtzorg.  A homecare nursing organisation who have similarly removed their management layer and installed self-managed teams.  In Africa its Safaricom from Kenya.  Pioneers of the M-Pesa mobile currency and enabler of microtransactions and connectivity that created a new economic infrastructure.  In Asia it’s Haier the Chinese white good manufacturer. Famed for growth and product quality they are also very non-traditional in management approach.  In Australasia it’d have to be New Zealand-based, virtual company Enspiral. An alternative consulting firm built on a connected, “wirearchy” it’s a consultancy which bears very little resemblance to any you’ll have seen and is built on agile and adaptive pods, units and teams.

The way these companies recruit is all about the purpose, feel and alignment that people sense.  They use that to bring the most talented people to them.

How important is data in HR today – and will it in the future?

Data is SO important to the world however, you’d not think so with some outrageous claims made by some political figures which either twist or ignore facts. Many of our technology titans have built their power base on information. If we thought we were in the Knowledge economy in the 1990s, then we’re in the knowledge utilisation economy in the 2000s.

HR is notoriously underpowered in data. Partly because it’s actually pretty difficult to build all the data points needed to track all we need to know about our own people. And yet, when those same people are consumers, companies know more about you than you do.  And this is partly because many organisations are (perhaps rightly) obsessed about their customers and data but not about their own people.  It’s a balance that needs to be struck.  Knowing this, HR is upping its game and the role of Business Analysts and Data Scientists is coming into the HR world as much as R&D and Sales analytics. Some way to go but it’ll have to become one of HR’s signature traits.

Tell us about your funniest encounter with a recruiter

To be fair, I’ve had very little to do with recruiters as a customer. Having moved company only once and that didn’t involve a recruiter, I’m a terrible customer. So as a freelancer, I’m an even worse customer because I never want a job ever again. The only thing I can recall is as a freelancer, a recruiter talked to me about an Interim Head of OD role in a local Government office.  I looked at the job spec and said “I can do that role for 3 days per week, so I’d save them ⅖’s of the salary and do it within 6 months”. So not the 9 they had advertised it for.  Saving money? Doing it quicker? The recruiter’s response from the client was this: “We’ve built the job for 5 days a week and for 9 months and wouldn’t want the scrutiny associated with any underspend.” In essence, difference frightened them.  The recruiter said it was the hardest sell ever for LESS commission and then it didn’t happen anyway. I became friends with that recruiter afterward.

In short, yes. I think the engineering and design of workplace routines, roles and profiles have been mechanical for way too long.  It helped to start with when our work was more routine. However, we’re seeing the impact customer self-service and automation is already having on routine work so there’s an added value thing we’re looking to create from people.  Airbnb may have coined the phrase quite early on in this shift, but Four Seasons Hotel in the USA; HCL Technologies in India; Metro Bank in the UK – have been doing empowered, experience-based ways of allowing people to be their best for a while.

It’ll crossover into a norm and already it’s become a trend – which is a good and bad thing. It’ll be desired and it’ll be commoditised.  I personally favour an internally-driven reboot of HR, the work and employee value proposition so that it’s not done to anyone but built by the people who care most about it.

And in closing that’s what we are missing and need more of: People who come alive in their work because they genuinely care about it.  It’s a lot to do with mindset and design. The more we allow people to explore their own mental models and what really is the way to show their obsessions and propensity to do the things they love; then design around that, we’ll have less square pegs in round holes and more a series of alternative shapes interconnected and moving around the work like a murmuration of starlings.

Indeed it may be the thing we experience more of in the HR function of the future: A murmuration of HR professionals.

Perry’s first book “Transformational HR” has already become an Amazon.com Top 30 HR seller.
You can find Perry online at www.pthr.co.uk or on Twitter (@perrytimms) and his blog Medium.com/@PerryTimms